Preventing Heat Stroke In The Summer

We have have had such a lovely spell of hot and sunny weather here in Scotland and lets face it we are not very used to it!  This is why we thought it would be a good idea to write a blog about the different steps that you can take to help keep your dog cool and safe during the summer months.

We had a real fright ourselves recently when our working cocker spaniel Bertie who turns two in July had a really funny turn on the way back from the park. He had been running around daft in the park as he often does and after leaving the park he started to stagger around and didn’t seem to be able to stand up.

Sam my wife got such a fright and honestly thought he was in serious trouble.  A lovely lady who noticed from her window that something was wrong came out with a drink of water and after a couple of minutes resting, Bertie was able to walk back round to the house.  We called the vet and got advice and our lovely vet John thought it was more likely to be a dip in his blood sugar as he said heat stroke takes a while to really take affect.

However low and behold on Sunday night Bertie was out around 8.30pm and it was particularly warm and on the way back in the van Bertie started to act strange and when we arrived back at the house he jumped out and was completely disorientated, staggering around and he ran in to our neighbours garden and lay in a bush.

We got him back and straight in to the kids paddling pool and cooled him down, he felt so hot to touch and within minuted he was ok again, thank goodness!

Sam is a member of a group on facebook with over 10,000 members who own working cocker’s and she asked on the group if any of the member had experienced this with their dog and was trying to find out if it was maybe more of a common problem with Bertie’s breed.  A lot of the members commented saying a similar thing had happened during the summer months and a lot of them came back with some very good advice.  Some of which is common sense but will share with you incase anything similar happens to your dog and maybe this helps.

These are just a few tips that might be helpful for you.  If in doubt at all though seek advice from your veterinarian and if your dog does have a funny turn and it is suspected heat stroke or over heating then definitely cool them down as soon as possible, get them water and call your vet for advice right away!  They may need professional treatment. 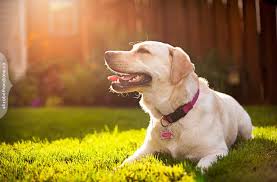